Our 25th anniversary events on 17 & 22 October were a great success–thank you all for your support.  The four heritage site visits attracted around 40 people at each location–and we raised $232 for the museum at the River Inn dinner & quiz night.  Hooray–we’re setting a trend for the next 25 years! 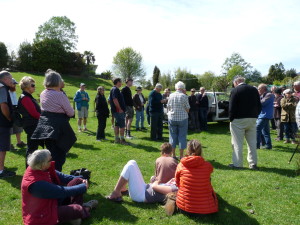 Opposite the Fonterra factory in Takaka … Lester Pomeroy & Robin Manson talk about Golden Bay dairy factories, a story that began in the 1850s.

Earlier in the month, we very much enjoyed meeting Netherlands Ambassador Rob Zaagman and his wife Monique Zaagman-Bos on Monday 12 October. They’ll be back! 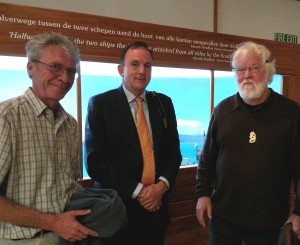